You are here: Home1 / Symbotic 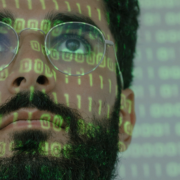 When Mark Zuckerberg changed his company name from Facebook to Meta, and talked at length about his vision of the Metaverse, some of you may have been new to the concept. But actually, the term (a portmanteau of ‘meta’ and ‘universe’) has been around for thirty-odd years. It was coined by Neal Stephenson in his 1992 science fiction novel ‘Snow crash’, in which humans interact with each other as avatars in a 3D virtual space.